At the last press conference of the year, Barack Hussein Obama effortlessly presented his fantasy-filled rosy version of America’s current reality in 2013.

Very little of the initial Obama domestic agenda has been achieved. Polls have been decreasingly gentle, actually showing ratings that are near historic lows, mirroring the Obama regime’s incompetence and their seemingly unwillingness to make succeed even their own projects.

The problem goes beyond his legislative agenda.  Americans in general, are disillusioned, and appear to have lost confidence and trust in their President.

As it is already a tradition, some numbers were published in a timely basis, the morning of his address to conveniently give him needed ammunition:  “This morning we learned that over the summer our economy grew at its strongest pace in nearly two years. [And that] The unemployment rate has steadily fallen to its lowest point in five years.”  Right.

He clearly failed Americans when he told them, if you like your [health care] plan; you can keep it.  He was lying.  Six months ago, he looked the American people in the eye and said, we’ve got the right balance. Now, six months later, he and his team are saying, maybe not.

According to him:  “More Americans are finding work and experiencing the pride of a paycheck.”  Right.  And, he continued:   “Our businesses are positioned for new growth and new jobs. And I firmly believe that 2014 can be a breakthrough year for America.”

About immigration, Obama set the tone in clear terms:  “We still have the task of finishing the fix on our broken immigration system… And that’s going to be where I focus all of my efforts in the year ahead.”

Not a full week has gone by since 6 NATO-U.S. “service members,” most likely marines, were killed in their helicopter in Afghanistan, where President Karzai has been blaming Americands of alleged misdeeds.  “One person on board the Black Hawk UH-60 was injured and survived, two U.S. defense officials said on condition of anonymity because they were not authorized to speak on the record.

Why does this sound familiar?  Simply because the Obama Administration made the Benghazi witnesses sign a sworn affidavit silencing them, probably for life -and no one sneezed, not Congress and not the American people.

Meanwhile, Obama’s stooge, Senator Schumer has said that “It’s time for veterans to do their part for America:  Take a cut to their retirement benefits.”   Few know that on a daily basis, 22 veterans commit suicide -and that such number does not include Afghanistan or Iraq Veterans.

There is another,  legitimate question regarding Obamacare, that so far no one has brought up.

What is ICD 9 E 978? What is it doing in the Affordable Healthcare Act?

All executions performed at the behest of the judiciary or ruling authority [whether permanent or temporary] as:

WHY is this part of the Affordable HealthCare Act?

What does Legal Execution have to do with the health of Americans?

In our view, this is more a way to introduce preliminary ruling of sharia law in America.

THE PRESIDENT MUST ANSWER AMERICA ON THIS ISSUE.

Meanwhile, just like Louis XVI and Marie-Antoinette, Mr. Obama went on to have a trouble-free Hawaii vacation. 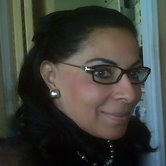