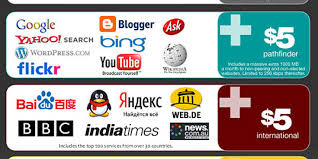 When Barack Obama took power back in January 20, 2009, it was a result of the will of over half the country that elected him to be their president.

Later on, in 2010, the NASA chief he had appointed, Charles Bolden’s Muslim remark to Al-Jazeera, caused stir:

“When I became the NASA administrator, (President Obama) charged me with three things,” Bolden said in the interview which aired last week. “One, he wanted me to help re-inspire children to want to get into science and math; he wanted me to expand our international relationships; and third, and perhaps foremost, he wanted me to find a way to reach out to the Muslim world and engage much more with dominantly Muslim nations to help them feel good about their historic contribution to science, math and engineering.”

NASA is no longer what it used to be.

Along the road Obama has also destroyed the previously deficient American health care to impose his dream version of it.  As a result, millions American doctors retired, others were outright against it, and more millions Americans have had to pay much more for a worse health insurance than they had.

The bottom line?  A seeming failure for the system and especially for Obama.  But was it really a failure?

No.  Obama succeeded.  How could the Obamacare website be deficient at the onset, when he has all at his disposal, including people like Bill Gates to send his best experts to coach him and his people on how to make a successful Internet enterprise whenever he wanted.

No.  In reality, Obama’s apparent failures are his successes to destroy America and make the lives of Americans ever more impossible, to drain their pockets to the level of making them slaves.

Obama’s dream is not about tyranny.  It’s about turning Americans into slaves, the slaves of his Muslim friends.

Obama’s attacks on Americans’ well-being have been endless from the beginning.

His most recent attack has been on the Internet.   He has succeeded and soon it will be about imposing payment plans for its use thereafter.

The agency in charge of moving the president’s agenda has been the Federal Commission Commission of FCC which on orders of the president has moved to upstage the until now existing Congress legislation in this regard.

Indeed, the final rule making, whose text is yet to be released, will determine the “reclassification of broadband internet access as a telecommunications service under Title II of the Communications Act,” according to the agency’s press statement.

With the title “FCC ADOPTS STRONG, SUSTAINABLE RULES TO PROTECT THE OPEN INTERNET”  the agency has therefore made a 180 degree policy change regarding Internet consumption under the pretence that “The FCC has long been committed to protecting and promoting an Internet that nurtures freedom of speech and expression, supports innovation and commerce, and incentivises expansion and investment by America’s broadband providers.”  Right.

From now on, in order to have a certain “freedom of speech and expression” you will have to pay dearly.

The American consumer is being stabbed in the back.

With a slower and pricier internet it is not only your use of Facebook that will suffer.

The repercussions of slow and bad quality internet at higher rates, simply means that the American business will suffer endlessly.

One has to hope, as Rush Limbaugh has said, that the lawsuit against Obama will prove how he and his administration have illegally overpassed the Congress ruling of 2002 regarding internet usage.

“More competition, better technologies and increased quality of service on wireline networks help to drive down prices,” said Nick Russo, co-author of a report on The Cost of Connectivity and who is an “expert” at the “New America” Open Technology Institute.

Downloading a high-definition movie takes about seven seconds in Seoul, Hong Kong, Tokyo, Zurich, Bucharest and Paris, and people pay as little as $30 a month for that connection. In Los Angeles, New York and Washington, downloading the same movie takes 1.4 minutes for people with the fastest Internet available, and they pay $300 a month for the privilege, according to The Cost of Connectivity, a report published by the New America Foundation’s Open Technology Institute.

However, there is disagreement about that conclusion, among from Richard Bennett, a visiting fellow at the American Enterprise Institute and a critic of those who say Internet service providers need more regulation.

He has argued that much of the slowness is caused not by broadband networks but by browsers, websites and high usage.

In all, net neutrality is another twisted terminology created by the globalist leftists that surround the current administration.

One of the pre-requisites by the Obama Administration to hire their communications “experts” may be “language distortion” skills, so as to keep the masses numb for as long as possible.

After all, one of the least aspirations of this administration is to educate and raise the level of the masses.

Now, the FCC has pulled the trigger and in the name of “net neutrality” they have decided to assert regulatory control over the vast, sprawling, ever-changing conglomeration of economic activities that we all know simply as the “Internet.”

Meanwhile, no one knows yet the exact content of the FCC’s change other than it was what Obama wanted.

Most likely, another aberration quite similar to Obamacare.

Americans obvious selective memory may have forgotten one of Obama’s right hand, Nancy Pelosi’s infamous statement about the Affordable Care Act:  Congress had to pass it for Americans to learn what it would do.

Therefore, just as NASA before Obama was the pride of America, also the Internet, invented in America, was one of the trophies Americans could be proud of.

As I mentioned before, the Internet does not cost anything and if, its cost is very minimal.  Countries as Switzerland have outrageously expensive rates for its use and that’s understandable because their population is barely eight million people and besides, it’s not the average Swiss that fills the country’s treasures but the corporations, banks…  0r whatever was left of them once America also made sure to ruin one of the major sources of income for the tiny country.

As you can see, America is all about destruction now.  Destroying what is or was good and replacing it with what is good for them, the liberal, globalising agenda.

Meanwhile, they are ambushing Americans and it is working.