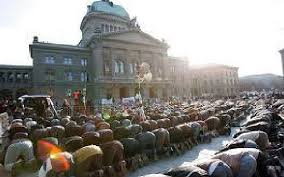 News inform us that Austria, whose origins date from the Austro-Hungarian Empire, has revamped a century old “Islam Law,” that existed based on the fact that some its regions practiced the Islamic faith.

In fact the original law  passed in 1912, sought to integrate thousands of Muslims who officially came under the rule of the Austro-Hungarian Empire following the annexation of Bosnia and Herzegovina in 1908.

After the end of World War II, such law became obsolete because of the germanic nature of the country that won its independence from the empire.

However, as the century changed, the natural Islamic demographic percentage in Austria also metamorphosed into an almost 7% of the made out of Islamic adherents.

It is a lot for a country with a roughly8.5 million population.  Multiplications and additions will show a bleak future with ever growing Muslim demographics, a real threat to what is left from the Austro-Hungarian empire.

Authorities recently decided to improve the already existing Islam law, but they have rather  improved Islam’s presence in Austrian life.

That is an amazing feat given the national attitude towards foreigners, not welcoming, apprehensive, which I personally experienced during my years living in Vienna where I polished my German studies.

Nonetheless, no one could deny the tender affinity Austrian-born Nazi Führer Adolf Hitler had for the Mufti of Jerusalem, which could in principle explain the longevity of the Austrian-Muslim love relationship.

As such, they have given Muslims more legal rights  while trying to take precautions to protect the population in the future.

What many lawmakers forget is that theirs is only a political band-aid and that the solution they have found is only momentary, while leaving up to next generations one of the gravest problems any group of elders have passed to posterity.

Copyright Protocol:  If you wish to quote from this or any article published here under  ©ElianaBenador, kindly use quotes and provide link to article, giving due credit to the author.