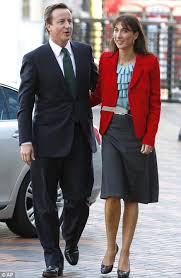 Some consider David Cameron’s solid victory as a surprise.

It is not at all a surprise.  Cameron just as his other fellow leftists around the world, has been preparing the terrain in a way that he and any of his so-called fellow “conservatives” could win any election.

Projections and partial results on this Friday morning show that the party will at a minimum come close to winning an overall majority in Parliament.

And that is a lot to say, given that the suicidal politics implemented by Cameron will simply signify the loss of identity of the United Kingdom.

Cameron’s Conservative Party is officially the Conservative and Unionist Party.  It is supposedly a centre-right political party in the United Kingdom.

Indeed, David Cameron is reported to be celebrating this morning his victory in the general election as Labour has been virtually wiped out in Scotland and on the other hand, the Liberal Democrat vote collapsed.

The wow element has appeared there to leave unbelievers even more stunned.

One noteworthy shaking result has been the defeat of Ed Balls, the Shadow Chancellor.

His was the biggest loss of the night, losing his Leeds seat to the Tories.

There were remarkable scenes in Scotland, where Jim Murphy, Labour’s Scottish leader, and Douglas Alexander, who was in charge of Ed Miliband’s election campaign, were both unseated.

In a shock result – which had not been predicted by any opinion poll – Mr Cameron will today return to Downing Street in scenes reminiscent of the 1992 general election when John Major triumphed over Neil Kinnock.

In reality, the UK’s Conservative Party are more of a RINO-like Brit-version than a true conservative platform to defend the rights as did the hardcore Albion-only centuries-old tories.

Cameron’s boss in reality is globalism and together with his fellow conspirators who have infiltrated world politics it is a safe bet to say now that he will slowly but surely advance the globalist agenda.

These British elections have, therefore, taken care of neutralising any tentative to defend the UK national identity.

Under Cameron’s leadership, we can expect the UK to continue bowing to the EU and the ever growing global power.