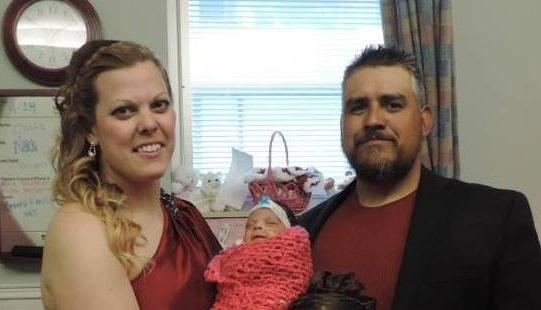 ELIANA BENADOR: WHY ARE POLICE OFFICERS BEING EXECUTED WITH IMPUNITY?

Another police officer has been killed.

Kerrie Orozco, a 7-year veteran officer has being shot “in line of duty.”

As such news continue to pile in the collective mind, there is a taste of execution camouflaged under officialdom’s classification of “in line of duty.”

This is not an analysis on each of the already long string of attacks on policemen and women but rather about the reason why this phenomenon is taking place.

The situation with police officers murders is very worrisome and needs some explanation.

Slowly, the administration has been instilling in the public mind the notion of a nascent racial war between the black and white groups.

These initial seeds have been strategically placed in the minds of their useful idiots.

It all comes down to the fact that the current American administration is for gun control.

They disagree with the  “Second Amendment (Amendment II) to the United States Constitution that protects the right of the people to keep and bear arms.”

Indeed, American gun politics is being stirred by two groups of activists.  One that stands for gun rights.  And the other standing for gun control.

The latter one has not made that much progress.

President Obama seriously tried to impose gun control but despite all his efforts, it did not work.

“But Obama’s stab at gun control failed miserably. And this finally seems to have convinced a significant number of gun enthusiasts that the president probably isn’t going to be able to take away their guns. It may also be the case, as another analyst pointed out to me yesterday that the U.S. is simply oversaturated with guns—which, unlike, say, lattes, don’t run out and are often passed on to the next generation. Hence, peak gun.”

The key phrase there is:  “Obama’s stab at gun control failed miserably…”

So, he could not take your guns.  He was not able to remove your guns and leave you defenceless.

What else can he/they remove to undermine your self-defence?

They can weaken those who are there to defend you, the police.

The administration has no interest in having an armed population and given that your weapons could not be removed, they can next gamble on weakening the police.

That can be done in two ways.

Making them the sitting ducks when “unrest” happens.

And the best example for it is that infamous phrase by the Baltimore mayor to police officials:  “Let them loot.  It’s only property.”

And the other way is by breaking the morale among police officers and their families.

In other words, in targeting the police frequently without retaliation, authorities are opening yet another front against the American population.

Black against whites are an excuse.

The attacks on the police throughout America are also another way to undermine the safety of the population at large.

Such are the facts.

We do not know yet exactly what is behind all this.

Meanwhile, our deepest condolences to the family of Police Officer Kerry Orozco.

Above all, to her son.  Sorry about Obama, baby.