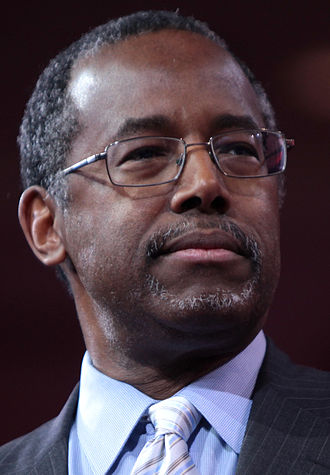 Every single day, those who line up behind the racial agenda of the current radical progressive administration, find ways to keep stirring the moving sands.

The newest today is those devilish hashtags on Twitter:  #MyUnpopularWhiteOpinion #MyUnpopularBlackOpinion.

Colour.  The new form of psychological oppression that can be.  The most important here is the colour guilt with which the American leadership want to subjugate the people.

As such, they persist manipulating the dose of unease that goes around.

In the background of it, lies what the untold evidence is showing, that the current administration is far from letting lose any of the items on their agenda.  On the contrary.  They seem to be on a roll.

For that, the current resident of the White House is doing exactly what any tyrant would do:   Whatever he wants.  And to prove him wrong, no one opposes him.

Saul Alinsky taught his followers, among them the Clintons, Obama and others of the kind, that “An organiser must stir up dissatisfaction and discontent; provide a channel into which the people can angrily pour their frustrations.”

And that is exactly what is happening.

Whether it is implanting the mercenaries that are part of illegal immigration, or stirring unrest among the willing blacks who want to back their black president, they are also doing their part:  Supporting all the negativity and its ensuing unrest.

Some parts of America’s black population are playing along.

They do not seem to mind the implant of illegal immigrants, unqualified mercenaries coming to rob them and their children and grand-children of the sought after jobs in an environment where jobs get scarcer day after day.

And yet some of them seem genuinely offended, about misdeeds that generations away did to one another.

Instead, mankind is supposed to mature and to learn from mistakes.  That is called to “grow up.”

How refreshing it is to read Wayne Dupree’s statement on Twitter:

@WayneDupreeShow “This is what it’s all about! It’s ok 2 b black, conservative and love America and not vote Democrat! Freedom exists!”

What Americans fail to see in general, is the hidden hate and contempt behind those patronising expressions very well dissimulated statements and positions by the American administration.

In reality, Obama is using “his people” as cannon meat.

They are his sacrificial offerings at the altar of his globalising agenda which supersedes any and everything between him/them and his/their goal of destroying the key elements that make America a separate country from the global United Nations vision.

He talks to blacks who are Americans about slavery, subjugation, about disparity, about all kind of negative and disparaging arguments.

If he really, truly loved “his” people he would talk to them, to you, in terms of:

“Allow me introduce to you the newest four universities created at the four corners of America, so that indigent students who are intellectually worthy, can study free-of-charge and based only on meritocracy.  No matter their background.  They will be able to acquire a profession without without heavy debts burdening them at the beginning of their careers. ”

Poverty should not be an issue for anyone who wants to aspire to be a great doctor, an inventor, a scientist.

But, no, President Barack Obama only speaks reminding Americans with black skin precisely of all that is derogatory to them, to you.

He cannot ever forget what Alinsky told them, that all depends on how to “stir up dissatisfaction and discontent.”

That is why Obama will not want blacks in America to be happy, ambitious, expecting progress and looking forward to a better life.

His point is precisely the opposite:  To remind them they were slaves.

And, the worst is blacks in America are still trusting his words and following him, no matter how much he is showing his dislike, his utter disrespect and his ill-will towards all those he should have elevated during the two terms so many of them granted him.

Obama has failed America’s black population and we should hope they can see and understand that in time to save themselves from the darkest times ahead.

It is time to remove colour from our list of sorrows.

The essence of a human being is its soul.  Not the colour of his/her skin.

Wake up before it is too late.

Obama is your enemy number one.