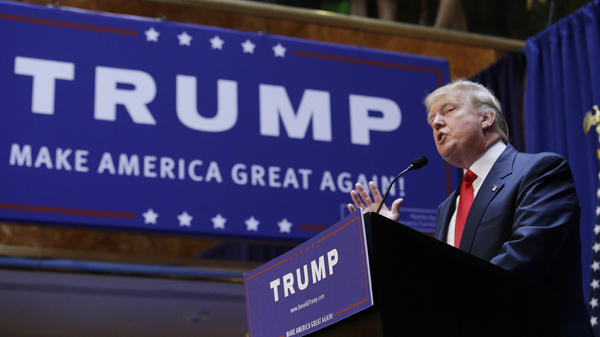 BENADOR: IN IOWA A NO-BRAINER: TRUMP…!!!

I remember vividly being in Denver, Colorado on that October 3, 2012.   And although we did not have tickets to attend because we arrived that same day, we managed to be around the area and then to our hotel to watch the first 2012 debate between Governor Mitt Romney and the incumbent President, Barack Hussein Obama.

What exciting and exhilarating moments we lived.

Romney basically swept the floor with Obama and I relished those minutes with joy anticipating an extraordinary election period that I hoped with all my heart, would only go in crescendo from then until the actual election which took place on November 6th, 2012.

The Benghazi massacre was fresh in our minds, as it had barely happened three weeks earlier, on that tragic September 11, 2012.

Next thing we heard is that the Obama Administration had let know the Romney team that they were “not going to politicise Benghazi.”

Translation:  The administration was informing the terms to deal with Benghazi and without much ado, they managed to silence Romney who, with his entire team, obliged such outrageously treasonous demand.

And so, Romney’s campaign ended up in a failure and with it, vanished America’s hope for salvation from another Obama term.

The incumbent president was declared victorious the night of November 6th, 2012.

And I cried for three hours long at the nefarious premonition for the next four years of national torture.

The American people had renewed Obama’s mandate to continue the destruction of country and people.

In hindsight, I analysed what had just happened.

My conclusion was definitive.

We had just witnessed a candidate for the presidency of the United States who allowed his contender, the incumbent to set the rules of contention:  “Refrain from defending and asking for justice for the four massacred Americans in Benghazi.”

Among those Americans was Ambassador Christopher Stevens, who represented the American government.

His murder-butchery meant a slap right on the face of America.

Mitt Romney missed his chance to assume the leadership of the American Titanic in disarray.  He could have called for the American people to massively rally throughout America to demand immediate justice for the 4 American slaughtered at the sight of the world.

The American people only needed the voice of a leader to tell them what was the right move to do at that point and time.

Instead, Romney bowed to Obama.

That was when I realised what was happening in American politics.

There was a missing link in the political horizon of one of the most, geographically speaking, humongous countries on earth, .

History has proven that such vast territorial surface requires a strongman at the helm, to keep it together.

The real problem that happened in 2012, was that Romney did not have the fire of passion to fight for America.

His bid was for the presidency.  And that was a big mistake.

It’s only now that we have seen a patriotic candidate surface in America’s political horizon.

Finally, the American people is feeling how much this man wants to fix the disastrous country he will inherit, if and when he hopefully becomes President of the United States.

The key element is the passion for America.

And the time to show that passion is now.

Presidential elections are the moving sands in which candidates must walk.

Only the savvy and stubborn ones will not fear walking on the back of a crocodile to cross that part of the path.

I always dreamed of one day seeing a candidate whose passion for country and people would be similar to the image of those gladiators, placed in the middle of the rink to fight the beasts.

For, that’s what this is.

In fighting for America, the moribund giant, the candidate that the people have discovered and learned to love, is  showing them how he is placing not only his wealth, his comfort, his family life, but his own life at stake, to save the country he loves and the people he, obviously, so much loves.

This is not about the Presidency.

This is about saving America.

There in lies the difference in approach.

That is what Americans have now found in Donald J. Trump.

But, that’s not new.  Trump has nurtured such dream from his responsible youth.

Watch this video tape dated 25 years ago.  Younger Trump speaking of saving America already.  He has not changed but gotten better even, with knowledge, experience and savvy compassion:

That is why his message and his behaviour reflect and inspire Americans to unite.

He is the messenger.  He, please G-d, is the instrument G-d has sent us to repair the nation and by the same token, to save the world.

Americans have gotten negatively used to be divided by their so-called current president who is busier accommodating his anti-American agenda, his favourite friends, the terrorists and their funders.

Republicans and Democrats alike are rallying behind Donald J. Trump.

Conservative?  Let’s analyse together what does that mean:

Conservative comes from conserve, which means keep intact.  The bottom line of the origin of “conservative” is to keep what we have.

It all begins at birth.  Human beings are the only mammals who are born inept to survive by themselves.

All other mammals can walk within minutes or a few hours.

Not us. We depend on mother and father.

Mother to nourish us.  Father to provide for her and us, allowing her to care for us as their babies.  Family, what the left has been so keen in destroying.

It is all that a country encompasses:  Our basic interests, our basic needs of safety and livelihood, mean “conservatism.”

In opposition to the basic tenets to conserve our lives and preserve our safety and that of our children and generations to come, are the goals of the liberals.

Trump is beloved by the right and, increasingly more, on the left.

People with common sense appreciate him and he is also loved by the millions jobless, teachers, mothers and fathers, children and young men and women, millennials of all backgrounds, doctors, nurses, businessmen and financial gurus, politicians and religious people, ALL are rallying around Trump.

Above all, they want to stop the American Titanic to drown into the deepest bottom of hell.

Having had a president they loved enough to elect, and after seen that man betray them by simply adopting a vicious anti-American agenda without previous notice, now America sees the difference.

It was the night.  Now they recognise the light of a new day may be at their reach, and are loving that sight.

On the one hand, Americans are now living the last months of a president that hates their country so much, that he is intent in taking America to the darkness of a middle age she has never known.

On the other hand, Americans see the hand that is reaching out to them giving them his lifeline.  They know it is at their reach.

G-d has ways to do His Miracles.

While Divine Miracles are with us on a daily basis, the most important Miracles happen when all is lost.

Because G-d obviously wants to make us realise that in the end, without Him nothing can happen.

In times when globalisation is being imposed by the Left worldwide with the hidden intention of murder individual countries to the benefit of their larger business deals, there rises America’s Knight in shining armour, to say NO.  NO WAY.

Until Trump launched his candidacy on that beautiful June 16, 2015, the silent majority had no voice.

Career politicians were too busy making salam aleikhum to the Muslim-American president and his vindictive agenda to destroy the superpower.

But then, under the Trump leadership, that silent majority is now vociferously demanding Justice for America.

In fact, Trump has achieved already many victories, and he’s not yet the president, so just relish imagining.

It is also heartwarming when he speaks of “education” for all, educating America.  He knows only education can make us a better country.

A small parenthesis:  Had it been Trump instead of Romney, do you think The Donald would have let Obama/Clinton get away with their “we won’t politicise Benghazi?”  No way, right?

At this point when America is dying, what we need is a PATRIOTIC president.

Patriotism, nationalism, are anathema to globalisation and nowadays are seen by the globalists as an insult.

Patriotism and nationalism fit very well into that explanation I made above about conservatism.

You cannot be a patriot if you are not a conservative.

Indeed all those words are insults to the globalist goals to destroy our individual countries and create one global entity instead.

As I have made clear many times, we will never find a perfect president.

That said,  we have the right to expect a patriotic president.

What we have now is the equivalent to a CEO hired by a corporation and who as soon as he took over his job, unilaterally decided to sell it out to the competition.

In corporate life, such a treasonous CEO, would have been fired, prosecuted and certainly jailed.

In America, however, the man was given a second mandate.

No one staged up any kind of resistance to his destroying the country.  Too bad.  So sad.

Now, the golden opportunity is here.

And, all indicates Americans are not willing to miss it.

America will be on time to take the Trump Train.

Together with the hero who is giving up his comfort, the quiet of his family life, placing all on hold and, please do not take for granted that Trump is risking his own life to save the country of his birth, the people whom he loves and who love him in return.

It’s so heartwarming to see the river of love running between Donald J. Trump and the American people.

So, now it’s the time to VOTE and make viable this beautiful dream to recuperate America and, led by Donald Trump, Make America Great Again.