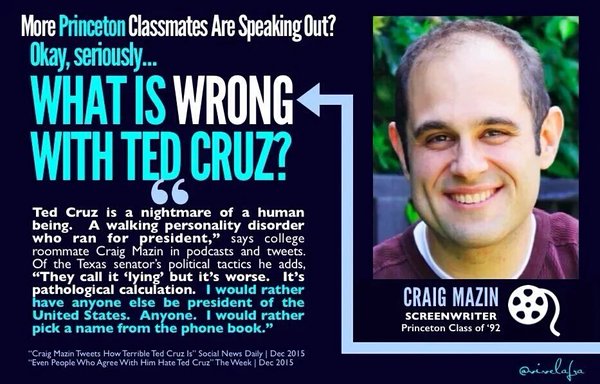 It’s tiresome to be surrounded by vultures always trying to gotcha!

I have been expecting Donald Trump to be a candidate to the presidency of the United States for almost two decades.

As my dear and late friend, Sir Ronald Grierson explained to me once, “If we want someone to achieve success in politics, we ought to have a great businessman.  He will know how to get things done!”

From the onset of the candidacy of GOP presidential frontrunner, Donald J. Trump, I have supported him without hesitation and I said I will support him until he will be the 45th President of the United States.  With G-d’s Will.

I have not changed my mind.

I personally committed my support because I know Mr. Trump is the ideal leader for America, especially in these dire times when the country needs a strongman to hold and better the fate of over 330 million Americans.

It is easy to understand that only Donald Trump, the builder of a multinational empire, can honestly try to save America with her worst national debt worldwide, the staggering joblessness, debilitating health care, the educational disaster called common core, the over 50 million Americans living on food stamps, the disastrous Iran deal giving 150 BILLION to terrorist-state-sponsor-Iran (instead of being used for job creation, just to mention an alternative option.)  And, so much more, worse.

The  “refugee migration,” which is now complicated by the health danger the so-called president is imposing on the unsuspecting population, knows no end.

Such actions include, but are not limited to, the exoneration of STD tests on the “new immigrants,” whose entry in the country is not under “refugees,” but as “migrants,” giving them a different, better legal status, including a whole new array of perks and privileges.

Who has protested?  No one.

Meanwhile, at the end of last week, Trump got in trouble because he did not condemn trans genders utilising girls bathrooms in North Carolina.

While I am strongly against his position on this topic, my support and my endorsement are unchanged.

I was fully aware of Mr. Trump’s few shortcomings, which as important as they are, I am convinced we can deal with them once he is at the helm of the government.

That said, Trump is a born leader.  He is a proven intelligent man who learns and adapts his behaviour to new knowledge he acquires along the road.

That is what intelligent people do.

We have knowledge upon which we react and behave.  And we keep learning.  In doing so, we learn new facts, new theories, new progress, new development, we analyse them ,we absorb them and we immediately also adapt our behaviour accordingly.

Trump’s critics, neocon pundits are ferocious in their attacks on him.

Those pundits expect from Trump to know everything.

They forget Reagan, for instance, knew so little about the Soviet Union, that he hired one of the most well-known authorities in the field to work in his government:  Eminent historian, Harvard Prof. Dr. Richard Pipes, the American Sovietologist par excellence.

Pipes’s influence peaked in 1981-82 when, as an official at the National Security Council, he helped steer Ronald Reagan toward the belief that the Soviet regime could and must be defeated.

On a side note, I am honoured to share with you that Professor Pipes was also part of my stable of experts at Benador Associates.   As was his son, Daniel Pipes, both PhDs, of course.

This time, however, I am at the other side of the table and proud to be there.

I mention the above just to indicate that once in power, presidents can and do make appeal to the utmost and best, compatible, experts.

Regarding the LGBT agenda, I was hoping Trump would have to address it way into his presidency, but here it is and he rightfully got in trouble for it.

I have been stating in my writings that America is in essence a liberal country.

There is only one home I know where conservatism has been kept as much as the allegiance to G-d.

Whenever you speak to “conservatives,” they show a misplaced compassion for people whose sexual choice is…  “different.”

Don’t take me wrong.  Surely those people with such preferences exist from forever.  My point is that we do not need to make PR or marketing for their choices.

It should have been left private, just as man and woman in many milieux do not express their passion in public or do not even kiss passionately on the middle of the street.

That’s called moral modesty.  And it is something good, because those expressions are inappropriate when they are exhibited for the whole world to see, and that includes children, above all.

Pseudo-conservatives support gays rights and also in the rights of each of these L G B T and for now another letter that has been added to it: Q.

Regardless of their PhDs, those pseudo-conservatives refuse to see that the entire LGBTQ agenda is one that violently aggresses the notion of traditional family.

Thus conservatism, which includes conservative values of G-d, country or nation, and family, is therefore attacked at one of its basis:  The family.

At this point, if you are one of those pseudo-conservatives, I am sure you are dismissing my premise.  But not so quickly.

That is what the left discovered at the beginning of the XXth century, that in order to impose socialism and communism, and few decades later, the globalising agenda, they needed to destroy Western capitalism at its base.

Several types of scientists and theoreticians were hired in Budapest, Hungary, to find how to achieve that.

Their results were conclusive:  The West was based on individual countries that thrived thanks to that awesome feeling of patriotism.

Patriotism, they found, was originated at home, and there, the most important, yet weakest link, was the nursing mom and her baby, her babies.

They then put in action their findings:  Break the mother-child connection.

For that, it was necessary to take the woman out of the home, and so History witnessed the demand for equal rights for women, to work and to have sex as men do, especially casually.

Parallel, they established government nurseries so moms would drop their babies off -and so they detached them from one another.

In came the research to develop the pill, conveniently funded by Rockefeller, the globalist.

The initial name was not “the pill,” but the anti-fertility vaccines, as if though fertility was an illness.

But it for sure was the enemy #1 of the nascent New World Order and the depopulation item on their agenda.

Another attack on the traditional family was the sexual liberation, so women could use the same prerogatives as their male counterpart and, using the pill, steer away from the “dangers” of unwilling pregnancies.

Sexual liberation did not stop there.

It remained at the top of the leftist agenda.

As you can see, over 100 years later, the left, is now in total control of the decadent sexual deviances, which they are making sure to legalise, as if there is no more tomorrow.

They are using the weakened, denigrated souls that are the end product of their legalised licentiousness, to destroy each and all society elements that could keep individual countries together and offer any resistance to the devastating moral tsunami they have accepted in their midst, under the twisted assumption of equality and human rights.

Sexual deviance has been the weapon of the globalising left, as their moral cancer has and continues to spread all over the earth.

Trump is a man who loves children.  He loves his numerous family with plentiful children.

After some thought, he will understand that the rights given to sexual deviancy infringe directly in the rights of children to live undisturbed childhoods.

When Mr. Trump will learn all of this, of course in more detail than an article permits, we know already where he will stand.

And, if he by any chance doesn’t, we will for sure protest most vigorously for that.

For now, the respected evangelist Franklin Graham has put his weight on this issue:  “Men have no business using women’s bathrooms and locker rooms. Period.”

As I end this article, I want to reiterate most decidedly, that although I have not agreed with Mr. Trump on this issue, my support, my allegiance and my work to help him get elected President, will continue 1000% until he is well installed, with his wife and family, in the White House.