There is a moral issue at the root of America’s problems.  From the beginning, America has been framed within an undeniable liberalism in which the country was built from the onset.

The DECLARATION OF INDEPENDENCE in Congress on July 4, 1776, stated that:  “… We hold these truths to be self-evident, that all men are created equal, that they are endowed by their Creator with certain unalienable Rights, that among these are Life, Liberty and the pursuit of Happiness.–”

As you can read, “happiness” was the recognized goal of Americans.

It was not “to do what is RIGHT,” but it has been about doing what “makes you happy.”

Alas, happiness is a nest filled with treasonous snakes surrounded by roses.  Either could make you happy, and that became acceptable.

Slowly, as the nation became powerful, from the inside the moral corrosion was quietly taking place, with no opposition but rather with open arms acceptance.

That was the beginning of today’s final free fall.

Indeed, people will hardly accept that moral laissez-faire will have an impact in all aspects of life.

The descent to hell is, therefore assured.  But, we still have a chance to stop it.

“The pursuit of happiness,” is seen as the license to do anything that will make you happy.

As such, for instance, the LGBT agenda is what makes happy many Americans who choose a different sexual orientation, which should be their business and only theirs, but thanks to government intervention, it has become the business of an entire society.

Little they knew, LGBTers, that they were being used by the democrats as simple voting-pawns to assure their victories in recent elections.

Such democratic successive victories in partly due to the large LGBT voters, have been used by the leftist government to bring in throngs of LGBT-hating Muslims.

So far, men and women fell in love, married and had children, that is called traditional marriage.

Within conservative parameters, it has been the ideal condition for a relatively sound kind of society, with the clear notion of right and wrong.

Why would this have any impact on society at large?

It would indeed, as it gave our societal mind the license to absorb oxymoronic pernicious political positions to be accepted, in the name of misleading “human rights” that prioritised the interests of others before the interests and well-being of nationals.

So, yes, one thing has to do with the other, given that patriotism, is based on the basic principles which a society must have to  survive and thrive.

This is in no way a condemnation of what some may feel are their sexual inclinations, but it is rather a plea to continue keeping our sexual lives and activities, in the realm of our private lives.

In old times, “decorum” was the rule even for married couples to refrain from public displays of their affection.

I have addressed this situation many times, but keeping our children and youth in an undisturbed environment, free of sexuality in their daily lives, assures them a more balanced moral and psychological equilibrium.

Fact is that a little girl surrounded by only brothers and male cousins, will end up wanting to dress like them, but it is up to the parents to reinforce her natural gender until her adulthood.

Right now, in the wake of the Orlando massacre, I stand firm against terrorism, and I condemn it unhesitatingly and in the strongest possible terms.

I condemn that any innocent, defenseless American be slaughtered on American soil because he or they are Americans.

So much is adding up every single day to disturb the life of Americans who seem to believe they are in their box, enjoying the performance, seemingly thinking that nothing could ever come close enough so as to touch them.

This is a lethal miscalculation.  In fact, it hides an entirely opposite situation.

As the recent major attacks against Americans prove, their intensity is going in crescendo, first it was 22 victims in San Bernardino, now it’s 49 and counting in Orlando, as there are some seriously wounded survivors.

The worsening situation makes many of us despair in the face of the growing aggression by the enemy within, the worst enemy any nation could have.

Indeed, the case is much worse.

Recently, Donald Trump, the presumptive republican nominee, has met with several governors from different states who in turn informed him that their states are being the depositories of “refugees” that are dumped, unannounced in their cities.

Those refugees, migrants and so on, are coming to the West with the only agenda to subjugate the local populations to their might, their strength, their will, their mores and the political agenda that is Islam’s invasion and conquest of the West.

In that, America is the most coveted prize, one of the largest countries on earth, geographically speaking but also politically, economically, etc.

History will not be kind to Americans if in hindsight there will be proof that no one offered any kind of physical, actual resistance.

It is in this vein that I am writing this article.

We needed and wanted the Constitution to give us the arms to, politically speaking, defend her and the country.

In the Constitution, sadly, there seems to be no indication that we can legally do anything to oppose any treasonous regime. 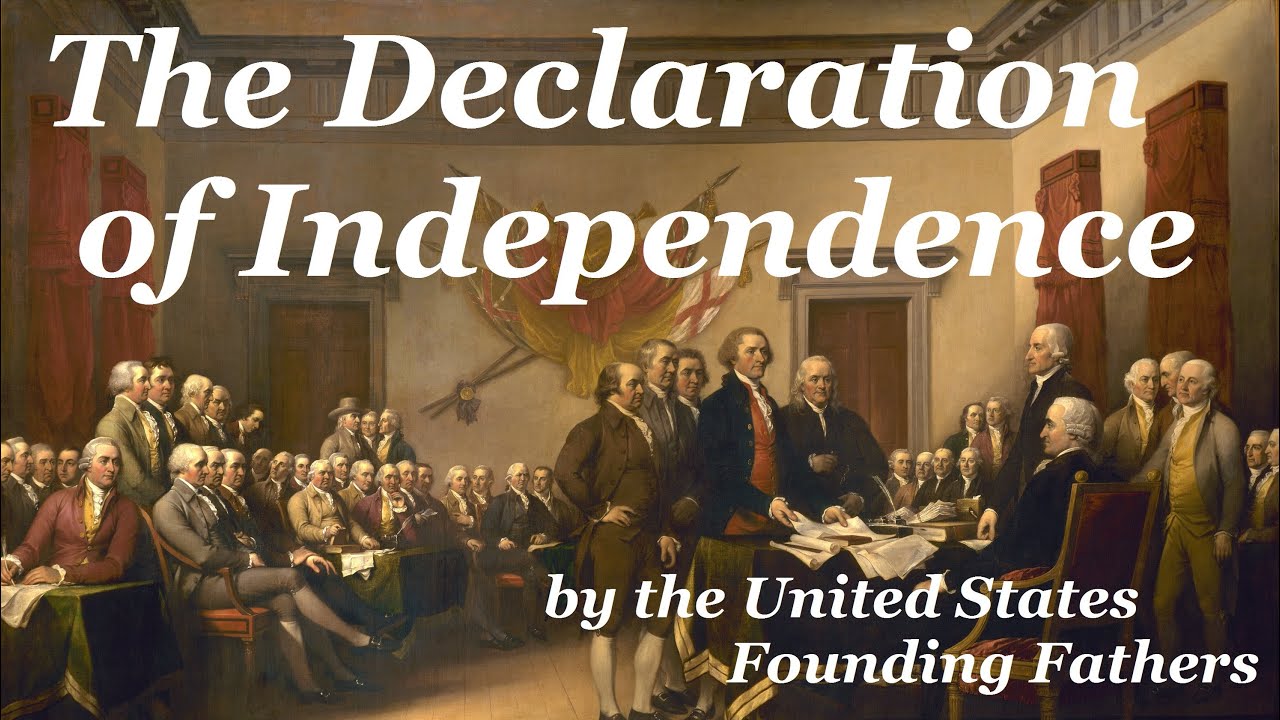 HOWEVER, help comes to us from the Declaration of Independence.

The precious document states the following:

“That whenever any Form of Government becomes destructive of these ends, it is the Right of the People to alter or to abolish it, and to institute new Government, laying its foundation on such principles and organizing its powers in such form, as to them shall seem most likely to effect their Safety and Happiness.”

It is time to do something.  Millions gathering in front of government buildings, and a general paralysis for a few days, may do it peacefully.

From over 330 million people, even if 30 million alone are on the streets, peacefully, it WILL accomplish  the goal.

The slaughtering of Americans must be stopped.

It is time to place America’s agenda FIRST.

Time is of the essence.