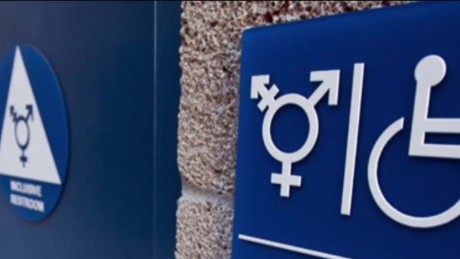 It seems that Donald J. Trump has shaken the moral ground of America.    Really?

And, those who are shocked are those who have so far defended, advocated, and legitimized all kinds of sexual deviances, from same-sex marriage to imposing transgender bathrooms to be shared with women while the trans still can use the same bathrooms as we women, but they get to pee with their natural penis.  Disgusting.

The progressives, the Democrats, never had any problem with those men transgendering to women and entering in bathrooms together with little girls.

So, those hypocritic beacons of false puritanism, lead by Mrs. Clinton are outraged to hear a real man advances on a married woman, true in crude language, but it was NOT for public consumption.

Of course, I don’t agree with it, but an 11-year old mistake is not going to change my mind about President Donald J. Trump.   Not in the least.

Besides, Trump did not even know he was being taped.

On the other hand, who would be foolish enough ever to count on self-serving Clinton to watch for the well-being of others when she has already put America’s national security in jeopardy with her reckless emails behavior???

I know the Only One who is Perfect.

NO ONE is perfect.

There is a difference between not being perfect and being outright evil.

I had never heard what guys call “man-talk” and I admit it, never cared to find out what it was.

Now I know.  I had to see what the hateful pro-Hillary Clinton mainstream media had come up with this time.

So I heard a good part of it, then I stopped it, did not need to go on anymore.

There was a younger Trump, doing precisely that, man-talk.

AND there were the mainstream media in all their pitiful splendour, approved by the rotten and ambitious Mrs. Clinton.

Did any of them think of the ramifications this could have not only on the families of all those directly and indirectly involved?   Of course, they did, but they couldn’t care less.

Did any of them think that in bringing this dialogue back from the past, they were making it available to millions of young children and teens?   Of course, they did, but they couldn’t care less.

Did any of them care that there were many more key events to report about rather than the lewd comments by a man who was just making such comments for an inner circle?

In reality, the ones pulling the strings behind the Washington Post decision to publish Mr Trump’s comments are Hillary Clinton and George Soros and, of course, their entourage.

As globalists, they are putting all the pressure in their power to get rid of Trump, the only obstacle that could stop them from grabbing America one final time so they could destroy her by removing all borders and making it open to all.

Mrs. Clinton seems to have forgotten the taste that her husband and then President Bill Clinton left in our lives knowing that he had a young intern, 24-year old Monica Lewinsky, to perform, well, you-know-what on him right in the Oval Office.

Not only that, but already as a Governor of Arkansas, and throughout his life Bill Clinton raped, seduced and had lewd behavior with many women of all ages.  He is reportedly also a pedophile.

I was told by people who have over half a century in American politics that it was going to get ugly by the end of the race.

Boy, they were right.

But it is now the time to stick to what is important.

Chuck Todd from NBC thinks the presidential race is over and that Trump may have lost the race now.

First, if Trump were to lose, America would be the biggest loser in a bitter race in that case.  And so would be the world as well.

A Hillary Clinton presidency would signify the end of America as an individual country.

The brutality of the press in their attacks against American and the American people shows the importance of the stakes.

They probably are ready to commit suicide and murder if need be.

That is what is wrong in America, the lack of moral compass that would indicate to those who are being paid by Hillary Clinton to find Mr. Trump’s flaws since he was born, that  “I am unable to accept this kind of assignment.”

It’s the missing right spiritual line that could have told journalists; we should rather bury this in the past and never mention it.

The man has obviously matured with age.

I regret that probably 10-year old Barron has heard that horrible video with the voice of his father.

And I cannot imagine how Mr. Trump must feel regarding his wife, his children.  What a mean thing to do to anyone.

After all, he is putting his life at stake, his daughter Ivanka has had death threats, another punch into his heart.

It is time to gather.

In the face of brutal attacks against Trump and his family, we need to focus on what is important.

Save America from the claws of the left.  Let’s stick to that.