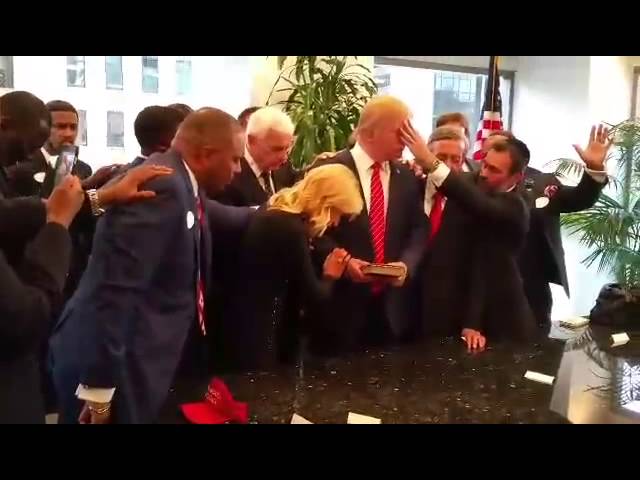 Blessing Trump in Inauguration Day is a Must.   Indeed, blessing  President Donald J. Trump as he begins his new mission is not only a courtesy but a civic duty.

All started back on June 16, 2016.  It was immediately obvious that almost everyone and everything was against Trump.  From A to Z, all indicated his, was a doomed endeavor.

The fact that the GOP took in 17 aspiring candidates to president suggested that the bets were high.

I knew they did it to  (1) Undermine Trump’s communication time with the American public, and to (2) Enable the attackers to be vociferous and vicious against him -yet placing him as if though he had been the one attacking, with the help of the mainstream media.  Very shrewd.

But it did not work, just as nothing else has stopped him.

For us Jews, the Torah Portion of the Week is meaningful because it usually refers to something pertinent to events of the current week, as you will see.

This week, we are beginning the second book in the Torah:  Shemot.

In the portion of this week, Moses appears in the Torah defending a slave who was a fellow Jew.

Moses, our teacher, shows us how it must be.  No matter which is our situation, we must extend a hand to a Jew but also to someone in need.

In doing so we also learn about upgrading our lives and that to do so, “we must leave what is here to go there.”

In other words, we must rid ourselves of that which may hinder our development and ruin our move “to go there,” where we will be uplifted.

THE INAUGURATION OF A PRESIDENT

Our rabbis say that for a man who is getting married and for one who is becoming a leader of the country or community, all sins of the past are erased.  On that day he gets a clean slate.

The logic behind this is that these individuals are considered as new beings, and this enables them to deal with the new responsibilities that come with his or her new mission.

It also motivates them not to do wrong to keep his clean slate clean and not dirty it.

Having his sins erased enables the leader to deal from a position of strength with the new responsibilities that come with his new mission.

It also inspires our leaders to do their best in every realm of life; it helps them avoid doing wrong to keep his slate clean and not sully it.

President Trump is embarking on an eight-year mission, may he at the end of the mission be spotlessly clear as at the beginning.

He will then go down in history as one of the greatest leaders that we had the merit to be led by.

With these brief lessons from Judaism and with the hopes of the hearts of all those who have placed their trust in Mr. Trump,

I bow to G-D Almighty praying, so the President has the vision to see what is right in all the domains in life and his life, to make the right decisions.

May the President always fight what is wrong, evil, in the world and that he be resilient in all aspects of life.

May President Trump be strong and be blessed.

May he turn to be the best President America ever had.