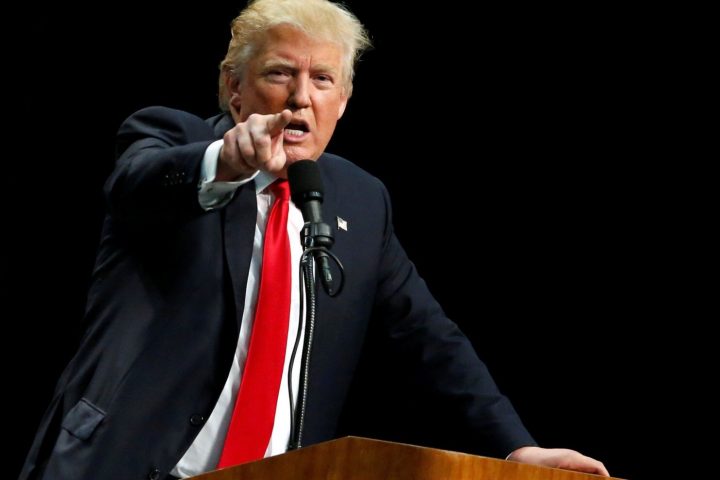 Trump cleared:  No Russia issue whatsoever.  It has been an ex-UK-spy the author of the Trump fake dossier.  Everything was just a media attack on the President-Elect a few days before his Inauguration.

Trump was telling CNN “You are fake news.”

He and his people know there has been a witch hunt from the globalists to stop him.

Christopher Steele fabricated the “Trump-Russia” fake document based on the professional experience he built up throughout the years he was based in Russia.  With this, Trump is cleared.

The former British spy who allegedly compiled the ‘dirty’ dossier smearing Donald Trump was revealed as the source of a fake story alleging the Kremlin had compromising evidence about Mr. Trump’s intimate life, planted to blackmail him.  All fake news.

That said, the Kremlin denied Russia had any compromising information on the President-Elect.

Moscow has dismissed the claims as ‘utter nonsense.’

Of course, Trump called the dossier “fake” and “phony.”

The former MI6 officer Steele, 52, is a counterterrorism expert and analyst who now is director of a private security and investigations firm called Orbis Business Intelligence Ltd,

Orbis offices are in the elegant Belgravia neighborhood in central London.

Orbis was founded in 2009, and a statement on the company’s website says: ‘Ethical business practice is a fundamental value for the Orbis Business Intelligence team.

‘Our documented procedures, developed in conjunction with external legal counsel, ensure compliance with the relevant UK, US, and EU legislation.’    Seriously.

Besides Steele, Orbis, has another director, Christopher Burrows, 58.

Burrows reached at his home outside London on Wednesday, said he wouldn’t “confirm or deny” that Orbis had produced the report. A neighbor of Mr. Steele’s said Mr. Steele said he would be away for a few days. In previous weeks Mr. Steele has declined repeated requests for interviews through an intermediary, who said the subject was “too hot.”

With Steele caught to be the author of the defamatory briefing, now, Prime Minister Theresa May’s government has this new complication to get to the bottom of this entire issue.

Not a welcome addition to Mrs. May never ending Brexit story.

At least Mrs. May has a short list of British Ambassadors who were posted in Russia.  Among them, she will have to identify the missing information.

May just has to find the right one. The involvement of a former British intelligence officer and an ambassador is embarrassing for the Theresa May and his government who are now under pressure to reassure the President-Elect that the UK had nothing to do with the 35-page briefing.

On the other hand, in America, Senator John McCain missed the opportunity to refuse to give those fake documents to the FBI.

As Trump’s nemesis, his evil side got the best of himself.

McCain “I gave Russia blackmail dossier on Trump to FBI.”

The honorable thing to do is for McCain to ask future President-Trump to accept his resignation.   Trump cleared

Trump cleared shows the kind of viciousness Mr. McCain is able to perform.  Did  information

Now a very pertinent question arises:  Did  McCain shared classified information when he was a prisoner?

The main thing now, is that the President-Elect can focus on the last days of the transition.

With the recent wave of fake news fabricated from almost all leftist publications, Trump’s team have been emphatically disavowing all vicious and slanderous attacks.

Needless to say, this shows the feverish despair among the left as the days are inexorably passing by and the wheel of life is taking the world on the path to Trump World which will open its doors to new beginnings.

Only SEVEN days to go.