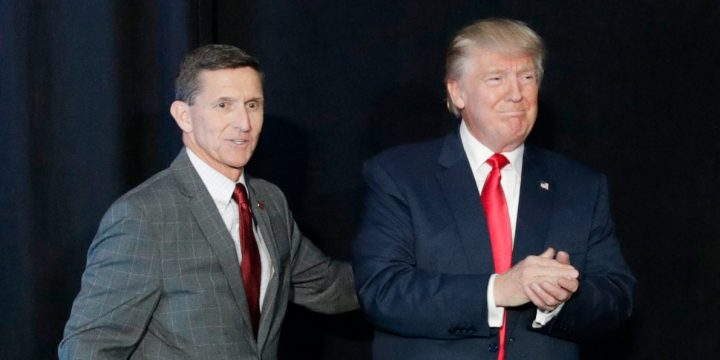 Trump must remember America First.   As President Donald J. Trump enters the last week of his first month, there is obviously some tweaking to do to adjust himself to his new job and also to make sure there are precise directives available for those upon whom the success of his work is also dependant.

Yesterday, the President had to accept the resignation of General Michael Flynn, his recently appointed National Security Advisor.

The resignation came due to something that could have been avoided if a few cautionary measures would have been put in place in due time, i.e., right after January 20.

It should have been one of the President’s closest aides who should have distributed the no-nos to all of them, given their novice status working for the American Administration.

It happened to me too.   The first and only time I worked for a non-profit, the then director saw my enthusiasm and gave me carte blanche to do all I needed to do after he approved it of course.

I did exactly that.  And unaware of the route to follow, I did not inform the board of that organization.  Up to this date, gratuitously, that got me the eternal enmity of one of America’s heiresses.

Back to the Flynn experience within the Trump Administration.

All of the President’s appointees, on January 21, should have received a brochure containing what is permissible to do or not in the different areas of action and interactions.  That information should also have included what is expected from them regarding their mission and the ins and outs of Administrations procedures, etc.

I always say you want to avoid an accident, any accident at all?  Then think ahead and take the necessary precautions to avoid it.   And that is applicable in every area of life.

Organization, checks and balances, honesty and thorough follow-up at all levels are imperative to succeed.

The Flynn Debacle Was Avoidable

If President Trump remembers America First, then all the steps that are indispensable to the healthy functioning of his team will fall into place with ease.

While Flynn has resigned, the FBI and other intelligence agencies are left with plenty of work to elucidate trying to avoid further complications for the President and the country.

While all calls seem to be recorded, one extra security measure could be to speak on loud speaker or have a loudspeaker available for others to listening in at the same time, regardless of the level of communication.

It’s like you do not meet for any business or political meeting with anyone one on one.  There must always be one or two extra people present.  But, that’s basic procedure.

On the other hand, former President Obama made sure that he would have only his adepts within his Administration.

Let me know if there was anyone who was anti-Obama working for him.

As a corollary of the above, if President Trump remembers America Frist, his job is to order a massive firing of all employees who have worked under Obama at all levels.

Of course, the Flynn chapter indicates a leak within the Trump Administration.

The President is too conscious of the pressures that the left at large are submitting him and his people to, and that is their subtle way to control him.

The Leaks Must Stop

If Trump remembers America First at all times, he must be the strong man that he is, not the pleasing beta-man he thinks he must be now that he is President.

Sorry.  America is in a dire situation and nothing has changed because there is a new President.  Not yet.  But.   There is hope.

Therefore, it is key to avoid leaks that will undermine the normal functioning of the Administration.

In the Administration, every and any employee who has worked under Obama MUST be let go.

The same goes for the NSC, State Department and all the other departments if we want to have a smoothly working Trump Administration.

Pity and mercy are misplaced for people who may betray you.

If the President wants to have pity and mercy, he should ensure to have all those jobs available for America’s loyalists.

Our jobless, hungry, and capable vets and their families are waiting for good jobs.  They should work for the Trump Administration.

We also have over-qualified jobless men and women at all levels who would happily work for an American Administration under Trump.

If President Trump remembers America First, he will do what is right for him, for his Administration and, above all, for Americans.