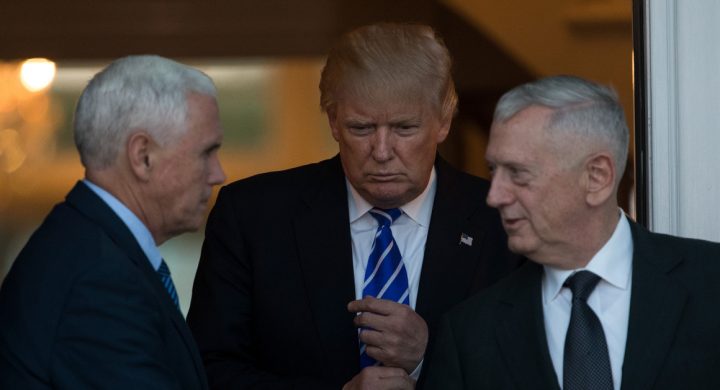 When Secretary of Defense Mattis declares climate change a national security risk, then you understand why his nomination was so easily and quickly accepted by the Senate, on Inauguration day.

An unpublished written testimony provided to the Senate Armed Services Committee after Mattis’s confirmation hearing in January shows how he considered incumbent on the U.S. military to include the impact of climate changes in their plans.

In that sense, the General explained that open-water routes in the thawing Arctic and drought in global trouble spots could pose challenges for troops and defense planners.

He also stressed this is a real-time issue, not some far-away “what-if.”

Mattis responded to written questions in this respect by Democratic members of the committee that “Climate change is impacting stability in areas of the world where our troops are operating today.”

On the one side, one can wonder if President Trump knew about this position by his Secretary of Defense.

After promising the American people that “Americanism, not globalism, will be our credo,” one may have hard times believing the President was aware.

“Americanism not Globalism will be our Credo.” Donald J. Trump, President of the United States

Sure, one cannot know everything, and for neophytes in the field, it is easy to assume that any and all generals belong to the right and not to the left.

This writer’s experience serves well to understand the contrary.

It happened at a senate hearing with two antagonistic participants:  Richard Perle former Chairman of the Defense Policy Board, and General Wesley Clark.

It was a great shock to witness the General’s leftist positions.

Later on, we also learned that, for instance, Israel also has its own leftist generals, chief among them, Ehud Barak, and many others.

When asked how come a General could be such a progressive, the answer was unclear.   For some reason, it could be the intimate closeness to danger and the responsibility for taking so many lives to war.

The fact is that there is a large number of the former military who are liberals.  Surprise.   Life lesson.

Nevertheless, this news of Mattis giving climate change an exaggerated role in the defense of national security is as unexpected as it is disappointing.

Initially, when the top General in the Department of Defense expects the military to consider the impact of climate change in military operations, seems reasonable.

However, deconstructing that notion shows how the importance of climate change would negatively influence military decisions when their role is to find solutions to any time and against all obstacles.

“It is appropriate for the Combatant Commands to incorporate drivers of instability that impact the security environment in their areas into their planning,” he wrote.

The statement puts Mattis’s Defense Department in line with that of the Obama administration. Former President Obama and his top officials often stressed the impact of climate change on international relations and military issues during his presidency.

The above comes at a time when the Trump administration moves to sideline climate change, a critical issue facing the United States and a great source of cost to the already stressed national budget.

Be it as it may, President Trump and his team should verify and confirm General Mattis’s loyalty to the President’s agenda making sure he understands he has no carte blanche at no point and at no time.

After all, Mattis had to withdraw his insane choice of Mrs. Anne Patterson to be his deputy at DoD in view of strong public disapproval. and when he realized Patterson was not going to receive the White House backing.

Ambassador Patterson is considered too close to the Muslim Brotherhood.  One wonders how and why General Mattis could have chosen her.  rson was not going to receive the White House backing.

He withdrew her candidacy once he knew for sure there would be no White House backing for her.

A good sign from the Trump Administration.  Let’s hope it continues.