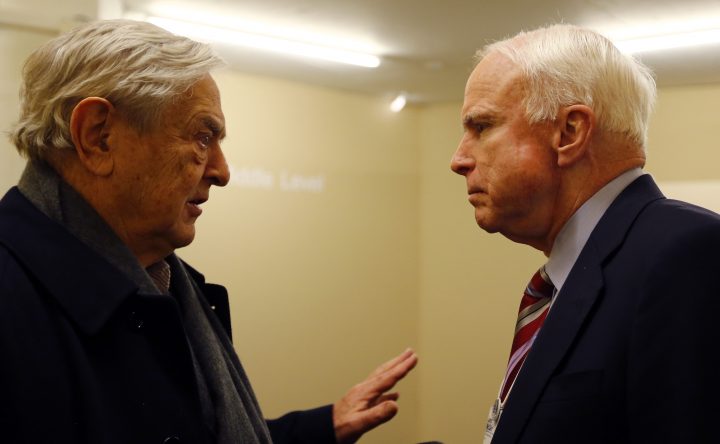 BENADOR: THE AFTERMATH OF AMERICA’S ATTACK ON SYRIA

It was, we were told, a one-time surgical attack on Syria.  And that should make us feel good.  Only once.

But history has shown, in America and worldwide, that wars have sometimes begun with just one attack.

The fact that Secretary Tillerson and the Trump Administration made an assessment taking the news on their “face” value without further research, is very telling.

How would anyone know it was actually a sarin attack.  Could it not be any other product?   Yes, it could be.

A quick review of the situation shows President Assad finally beginning to enjoy a victory against the “rebels,” or let’s stop with niceties and rather call them by what they really are:  The terrorists of the Islamic State.

So, let’s ask us why would the Syrian President have engaged in chemical-gassing his own people including children?

The mere thought is abhorrent.

The only ones who had something to win from that atrocious attack are those who do not hesitate to mass-behead human beings, the Islamic State.

The words from the Syrian Foreign Minister Walid Muallem below should be received and considered without partisanship or any vested interests other than justice and peace in mind.

“I stress to you once again: the Syrian army has not, did not, and will not use this kind of weapons – not just against our own people, but even against the terrorists that are targeting our civilians indiscriminately,” Muallem said at a press conference in Damascus, as reported by Al-Jazeera.

Muallem went on to give the same account of the incident that Russia has insisted upon, claiming that Syrian warplanes “attacked an arms depot belonging to al-Nusra Front,” which is al-Qaeda’s affiliate in Syria.

The Foreign Minister claimed the Nusra Front, ISIS, and other organizations “continue to store chemical weapons in urban and residential areas.”

He dismissed calls for an international investigation by saying Syria’s previous experience with “politicized” investigations was “not encouraging” because “they come out of Damascus with certain indications which then change at their headquarters.”

Walid also went out of his way to slam Turkey, evidently in response to Turkish denunciation of the attack in Idlib, and Turkey’s treatment of victims from the chemical weapons deployment. Turkish authorities have said autopsies of people killed in the attack revealed signs of chemical weapons exposure.”

Meanwhile, Secretary of State Rex Tillerson has made it clear that “steps are under way” to form an international coalition to remove the President of Syria Bashar al-Assad after the recent chemical bombings in Syria.

However, there has been no mention of who could replace President Assad and for a good reason.

The only outcome would mirror the one from Libya.  Once ousted, President Gaddafi’s successor was an Islamic State-designated president who then proceeded to establish Sharia.

Once ousted, President Gaddafi’s successor was an Islamic State-designated president who then proceeded to establish Sharia.

Until then, Libya had been a strictly secular Muslim country.

President Trump’s nemesis, Sen. John McCain (R-AZ) praised him for the missile strike on Syria in response to that country’s alleged use of chemical weapons.

“McCain said,  “I would not expect more strikes, but I would hope that we would reinvigorate our support for the Free Syrian Army, the establishment of a no-fly zone, and move forward. This is important, and it is an important signal, but it is the beginning of a departure from the failed policies of the last eight years, and you’re not going to repair that overnight.”

“The other point that I would like to make really quick is that the President showed me that he has trust in what I believe is the strongest national security team assembled,” he continued. “I was not sure, frankly, whether he listened to them or listened to others. I think it is very clear that he values their advice and counsel, and this action is a result of the collective wisdom of some of the wisest people I have known.””  [Bold, mine. EB]

Such are the words of globalist anti-American Senator John McCain.

Therefore, the “strongest national security team” means the most globalist, unpatriotic group of generals anyone could have ever imagined.

We have to wonder how the President can listen to McCain, who disrespected him so brutally during the campaign.

That’s a counterproductive use of the presidential time.

McMasters, continuing with the destruction of America as initiated by Clinton, Bush and Obama, now wants to go on a full-fledged war in Syria, exclusively with American troops.   He wants 150,000 American men and women.

Trump is in the… Swamp

Candidate Trump promised to drain the swamp.   Instead, he has joined it.

How can he forget that his arch-enemies of yore, McCain, Rubio, Paul Ryan have been and continue to be on the globalist par excellence Soros’s pay?

He pledged to run for nationalism and patriotism, not for globalism.

Trump bears a huge responsibility because his weaknesses will not only affect America but the entire world.

One cannot stress enough how badly America was needing a Conservative President.