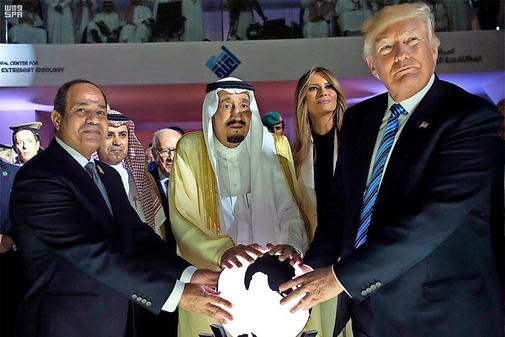 Globalism unleashed to erase American history.  And to do that, they count on their useful idiots, the Democratic terrorists of ANTIFA to destroy American monuments, one after the other.

That said, there are two kinds of sovereignty.

First, are the physical borders, i.e., geographically, topographically, and legally separating that country from its neighbors.

Second, are the historical borders that provide the necessary infrastructure for the people to relate to a shared common past in one’s country.

THIS is the reason very likely why suddenly the ANTIFA terrorists are targeting America’s oldest and most meaningful historic monuments.

Analysts and people as important as Stephen Bannon, the former Presidential adviser, and now Breitbart’s CEO, have not mentioned the obvious link between the destruction of America’s monuments, and the globalism imperative to erase the national sovereignty by demolishing the national identity.

Why the Destruction of Confederate Monuments?

The United States of America is what I consider a “baby country” compared to European countries with multi-millennia history behind them.

The 241-year old United States history is thus frail and the New World Order knows that.

At the same time, the geographical, physical and mankind grandeur of America remains one if not “the” most coveted prize for globalism.

America is or has been until now, after all, the face of capitalism in the world, and possibly this is one of the key reasons why globalism targets her pitilessly.

The Democratic ANTIFA terrorists seem to be unstoppable.

Sadly, this is all the American President, Donald J. Trump, had to say about the destruction of national monuments that witnessed of something larger and much more important, American history.

About 10 Confederate-era leaders are immortalized in the U.S. Capitol, each sponsored by a state.

Mississippi displays Jefferson Davis, the president of the Confederacy, in Statuary Hall, for example. while Virginia displays Gen. Robert E. Lee in the Capitol’s crypt.

Confederate Statues in the Halls of Congress, now also at risk of being removed at best, or destroyed at worst.

And now, “Nancy Pelosi and other Democratic lawmakers are ramping up calls to remove Confederate statues on display in the halls of Congress, bringing the raging debate over Civil War symbols across the South to Capitol Hill.”

But that’s not all.

We look with dismay at the Council on American Islamic Relations (CAIR) “request” to remove all Confederate memorials, flags, street names, and symbols from public spaces and property.

This is simply the proof that globalism and Islamism are working together for the goals of (1) invading the West via mass migration, and asymmetrical war, i.e., terrorism, (2) removing their physical borders, (3) removing the national history.

However, CAIR seemingly main goal is to ignite the racial divide in America in order to achieve the above-mentioned goals.

Dallas Mayor Pro Tem for the City of Dallas, Dwaine Caraway, said that the 121-year-old historical Confederate War Memorial will be gone by the end of the year.

A few days ago, the Democratic ANTIFA terrorists destroyed Baltimore’s 200-year-old monument to Christopher Columbus with a sledgehammer.

The terrorists said they aimed at the explorer’s role in “genocide and exploitation.”  The action follows the outrageous city’s removal of Confederate monuments.   Really.

The destruction is well under way in America.  Confederate memorials and monuments are falling one after the other.

In the meantime, the cream of the crop among the Democratic donors’ indifference is allowing their terrorists to destroy America’s important vestiges of her history.

Of all Democrats, only the voice of Alan Dershowitz is speaking loud and clear against the destruction and vandalism of the Democratic terrorists from ANTIFA.

Dershowitz is the only one to say that ANTIFA is trying to tear down America.

Furthermore, he defies his party:  “I’m against destroying art and statues.  We’re not the Taliban.  We’re not Stalin.”