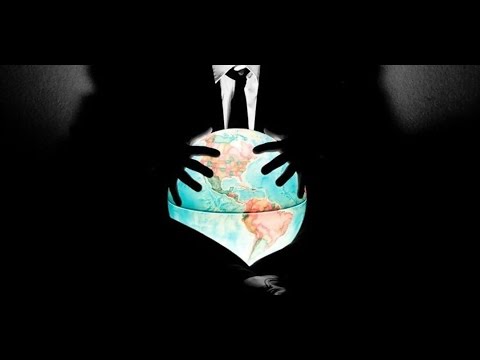 BENADOR: UNSTOPPABLE AGENDA 21 TO DEPOPULATE THE WORLD (Part I)

In the name of the L-RD, the Everlasting G-D— Bereshit/Genesis 21,33

Unstoppable, Agenda 21 is well under way.  Everything, from petty fights to governments wasting time on anodyne issues and conspiracies using politics, sex, and diseases, is serving the ultimate purpose to eliminate 95% of the world population by 2030.

As the UN puts it:  It is a “comprehensive plan of action to be taken globally, nationally and locally by organizations of the United Nations system, government, and major groups, in every area in which humans have an impact on the environment.”

As you can see, the “environment” is a key element they use as excuse to ambush the human kind.

In order to achieve their goal on time, by 2030, they are hitting the accelerator as if though they were DUI.

Suddenly, the world has witnessed the surge of diseases never before seen.  Zika, ebola, etc.

Food poisoning thanks to the global action by Monsanto.  Here comes to mind that President Reagan whom Conservatives worship as their standard bearer, helped Monsanto, “the world’s most evil corporation:”

*1980s: Amid indisputable research that reveals the toxic effects of aspartame and as then FDA commissioner Dr. Jere Goyan was about to sign a petition into law keeping it off the market, Donald Rumsfeld calls Ronald Reagan for a favor the day after he takes office. Reagan fires the uncooperative Goyan and appoints Dr. Arthur Hayes Hull to head the FDA, who then quickly tips the scales in Searle’s favor and NutraSweet is approved for human consumption in dried products.This becomes sadly ironic since Reagan, a known jelly bean and candy enthusiast, later suffers from Alzheimers during his second term, one of the many horrific effects of aspartame consumption.”

Massive abortions.  For that purpose, the Planned Parenthood in America, for instance has proudly massacred over 50 million American babies within a few decades only.  A real American baby holocaust.

War against the White Race

Most do not understand and therefore cannot explain the reason for the deadly animosity against white people.

Most billionaires are white, are they not?   They are the leading globalists in charge of fulfilling the diabolic Agenda 21.

They know that it has been the white people who have led revolutions that changed the face of the planet, for better or worse.

While many will want statistics, the naked eye can provide all the reliable information needed.

Most mankind’s advancement has been possible to white people.

The left in their desperation to push forward globalism is coming with absurd positions regarding the lack of leadership skills among “women and black,” are ready to fabricate their narrative to saw the seeds of guilt among white.

The until recently respectable The Telegraph has explained “How the Nobel Prize has favored white western men for more than 100 years,” forgetting that the prize was rightfully never concerned with any affirmative action.

It is globalism that has been stirring public opinion to make social unrest based on the skin color, racial or religious background instead of focusing on professional proficiency and excellence.

Globalists know that only the white people can produce leaders that will overpower them and stop their evil designs in this world.

Indeed, as the American economist, Thomas Sowell demolishes the absurdity of affirmative action showing how different human groups display different talents.  That is not discrimination, and by the way, Mr. Sowell is black.

Indeed, they make over 20% of recipients of the coveted Nobel Prize.

However, no one mentions the tenacity among the majority of Jews to thrive and excel, plus the inherent status granted upon them by their Divine provenance.

Without those factors, it would be impossible to understand how this tiny old group of survivors exist with such success, despite the deadly animosity that surrounds them, not to mention the wild persecutions, and yet they are the oldest living population making the most contribution to and in the world nowadays.

“At least 197 Jews and people of half- or three-quarters-Jewish ancestry have been awarded the Nobel Prize, accounting for 22% of all individual recipients worldwide between 1901 and 2016, and constituting 36% of all US recipients2 during the same period.3  In the scientific research fields of Chemistry, Economics, Physics, and Physiology/Medicine, the corresponding world and US percentages are 26% and 39%, respectively.  Among women laureates in the four research fields, the Jewish percentages (world and US) are 33% and 50%, respectively.  Of organizations awarded the Nobel Peace Prize, 22% were founded principally by Jews or by people of half-Jewish descent.  Since the turn of the century (i.e., since the year 2000), Jews have been awarded 25% of all Nobel Prizes and 27% of those in the scientific research fields.  (Jews currently make up approximately 0.2% of the world’s population and 2% of the US population.)”

End of Part One — to be continued