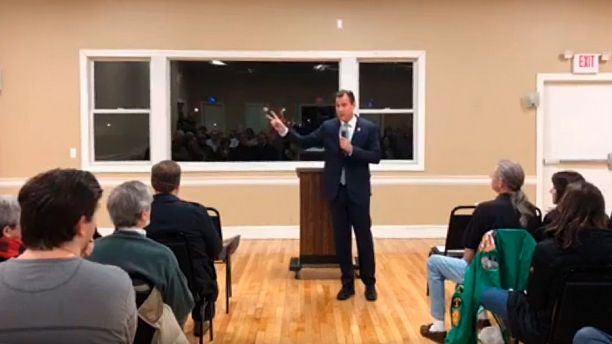 The Democratic impenitence in America is relentlessly aiming at their favorite target, the President of the United States who, of course, is not a Democrat otherwise the Democrats would be saying Amen! at every step of the way to destroy the country they obsessively seek to lead.

Indeed, news reports that the “democratic congressman from Long Island implied that Americans should grab weapons and oppose President Trump by force if the commander-in-chief doesn’t follow the Constitution.”

The following remark was addressed to the attendees at a town hall last week.  Suozzi was bluntly yet subtly suggesting citizens may have to take up arms against the President “if he doesn’t follow the law.”  Seriously.

“It’s really a matter of putting public pressure on the president,” Suozzi said in a newly released video of the March 12 talk in Huntington. “This is where the Second Amendment comes in, quite frankly, because you know, what if the president was to ignore the courts? What would you do? What would we do?”

A listener then blurts out, “What’s the Second Amendment?”

The left-leaning Democrat says, “The Second Amendment is the right to bear arms.”

Suozzi, who served as Nassau County executive from 2002 to 2009, was elected to Congress in 2016 and is seeking re-election this fall.

The congressman is right in a sense that literally, it is what the Second Amendments stands for, namely the right to bear arms.  But immediately thereafter, with typical democratic impenitence, he indirectly instigates a potential use violence against the Commander-in-Chief.

However, it is about the right of the individual to bear arms and which shall not be infringed.   The initial goal of the Second Amendment was that the people could defend themselves against the federal government should it become a dictatorship or regime violating American’s Constitutional rights.

Speaking of Constitutional allegiance, during the long and painful Obama tenure there are no records in our memories or in any archive from Democrats such as Representative Suozzo vigourously protesting every time Obama violated the American Constitution.  On the contrary, as often was the case, RINOs joined the democrats thus violating their constituencies reasons to elect them.

In the face of this kind of such a democratic impenitence, their rhetoric, it is also becoming ‘normal’ that the FBI and authorities dismiss threats against President Trump that would never have been tolerated if the opposite had been the case with a Democratic president.

Be it as it may, once again, the initially so-called party of human rights and pacifism is showing the hypocrisy as they are once again the ones advocating violence and disarray.

It is not enough that they produced their own terrorist section with the Antifas criminals, now their political leadership is implying violence is an option, obviously with the usual democratic impenitence.

We pray and hope that nothing will ever happen in this sense but this kind of rhetoric should be unacceptable in any case, whether the President is a democrat or a republican.